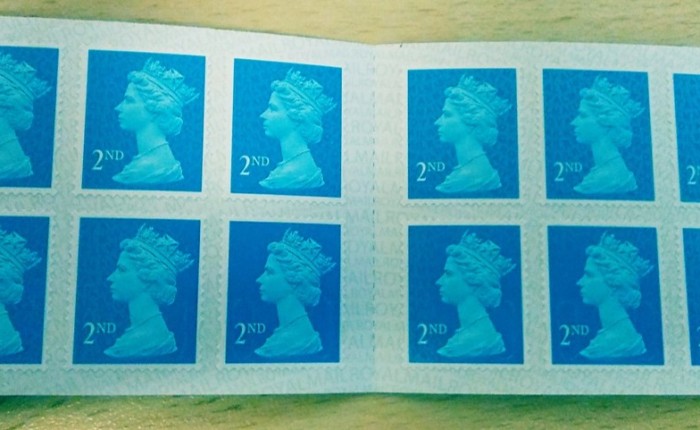 As I stamped my umpteenth envelope of the afternoon, my new friend and colleague emerged from the belly of an industrial-sized printer, her glasses slightly askew. We were both in our first weeks as temps at a London insurance call-centre, and it had not been a good day. I stood clutching handfuls of letters and the broken printer whined ominously behind us. We looked at one another. Something was terribly wrong.

“I just graduated with a First,” I said, suppressing the squirm of fury writhing in the pit of my stomach.

“Same,” my friend replied, and I heard the same repressed exasperation in her voice.

I quietly left the tiny stationary room to return to my desk in the corner of the office, leaving my friend to wrestle with the printer as it churned out reams of screwed-up paper.

At some point later that week we went for a drink, which broke up the monotonous cycle of stuffing envelopes with misprinted, mangled, often incomplete insurance policy documents and then plodding home to sleep on my Nan’s sofa.

That was my life for the next bollock-crushing 10 months. I did soon rise from the drudgery of stationary work to the anxiety-inducing onslaught of insurance customer service, but my general conditions remained the same. A stint in an internship – gaining more complex work experience – would have been welcome, but that was for people with wealthier, better-connected parents. My salary was too low to afford renting a room, and even if it had been higher, my income was being ravenously consumed by the repayment of university debt. No, I am not referring to my student loan; fortunately, I was not earning nearly enough money to warrant having to pay that back just yet. I’d accumulated the debt because I couldn’t afford my rent at university, even though I had worked two part-time jobs while writing my final-year dissertations: one in a burger-van and one in a school. I’d maxed out my overdraft and my coffers were empty. I was the eldest of four children in a one-parent family and I was the only one in any kind of employment: there was no one to bail me out.

A series of unexpected events actually led me to a very different set of circumstances and I am now back in academia – at Cambridge, no less – but that is a story for another time. The reason that I am relaying this experience is not because I want someone to crack out the littlest violin. It is because, I think, my tale is representative of a whole generation of people currently living in Britain.

I was the first in my family to get the opportunity to go to university. As a society, we should be proud that there are routes for first-generation scholars to access higher education. However, the wider world of work that I entered as a graduate had nothing to offer me but low-skill, low-wage jobs with no security. As for affordable housing… well, that was but a pipe dream. I think most would agree with me that those aren’t the kind of economic conditions that are generally conducive to upward social mobility.

My peers that I graduated with could all tell similar stories – largely regardless of whether they studied humanities or sciences. Two of them were lucky enough to get snapped up by coffee shops, doing irregular shift-work. One of them is still there now, still battling against his overdraft. Amidst spells of unemployment, another has had to jump from call-centre to call-centre. All have struggled with rent. Last year, I went on an excursion myself to try and find a room to call home near Hammersmith, where I was working at the time. House-shares are still one of the most common ways of living for early twenty-somethings like me, and anything would be an improvement from sleeping on the couch. In the end, the cheapest deal I found within an hour and a half’s radius was a spot in a bunkbed in a room with three other guys for £500 a month, not including bills. This was the best of bad bunch.

An old mate of mine from childhood, who did not go to university, has put up with exactly the same types of jobs and has had just as little luck with housing. Not uncommonly among twenty-somethings, he and his partner had a pregnancy scare recently. He said to me, “I am soon to be a new father with nothing to offer a child but the love of a football club and the years of disappointment that will bring.”

My friend from that tiny stationary room and I similarly tried to make light of our dire financial situations, but the humour is wearing exceedingly thin.

Last month, during his budget speech, George Osborne spoke about new personal saving schemes that were being introduced. This included an ISA specifically designed for under-40 year-olds. What the government does not seem to realise is that many of us under-30s don’t make enough money to have any savings. Nor are we likely to in the near-future. What good is a savings account to those of us who can barely afford a Pot Noodle at the end of the month? Since then, the Prime Minister has been embroiled in scandals involving his tax returns and has been forced to publish details of his various, Midas-like sources of income. I suppose, bearing in mind the vast socioeconomic gulf between myself and Dodgy Dave, I shouldn’t be surprised that the government just doesn’t seem to understand how dire the life chances are for so many of my peers. Nevertheless, that does not make it any less enraging to hear the Chancellor blathering on about helping young people with their savings accounts. Britain’s economy is continuing to fail a gargantuan segment of the country’s population. You don’t have to be a Thomas Piketty to see that austerity is erasing our futures before our very eyes. Whatever scheme the Tories cooked up before they came into office simply hasn’t worked. Britain’s next generation needs affordable housing and we need access to actual careers rather than the dead-end, spirit-sapping drudgery we’re being railroaded into. My gut tells me that the solution would be for the Treasury to invest in new industries and housing stock, while suppressing the ludicrous rents charged by an exploitative cohort of affluent landlords. My hopes are not high.

Mere months after I started university, back in 2010, the Coalition hiked up university fees – a bullet I dodged by the skin of my teeth. My sister starts at university this September, set to pay inexcusably more for her education. I wonder if she’ll be lucky enough in three or four years’ time to walk out with her degree into anywhere other than a stationary room tucked away in some faceless office, working on a temporary contract and fighting broken office equipment or stamping envelops?